The installation of the boiler house at 202A Shevchenko Str. in Zdolbunov has been completed and the operation has been started.

The proposal to build a boiler house was first formulated by the report on the energy audit of the Central heating system of Zdolbunov, served by KP "Zdolbunovkommunenergiya". According to the report, the boiler room design allowed:

Parts of the premises of the Central heating station 202A Shevchenko street were converted into a boiler room. The installed heat capacity of the boiler house is 800 kW. The boiler house project started in 2007. Due to lack of funding, it was repeatedly stopped, but in 2008 the project was completed, and it received a positive conclusion of a comprehensive state examination. 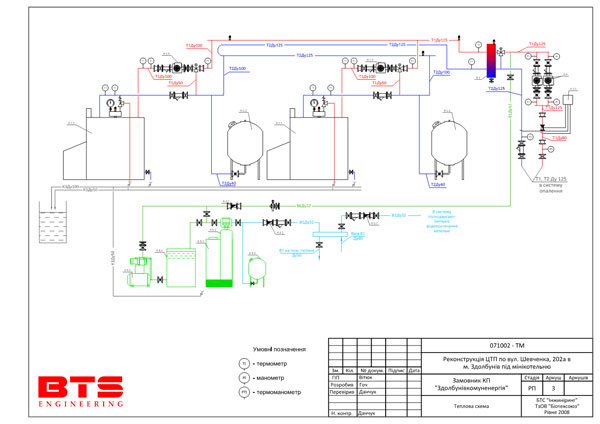 Thermal diagram of the boiler room 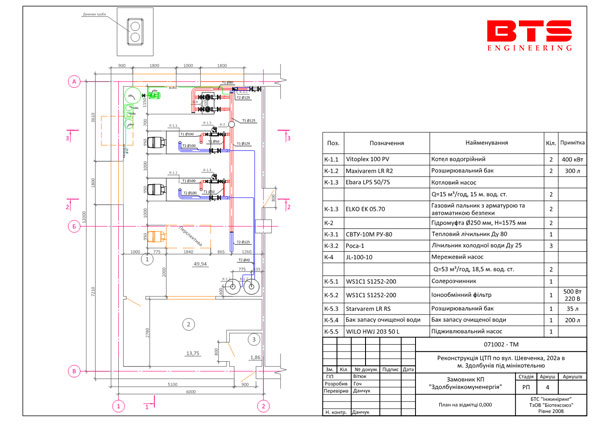 The plan of the boiler room 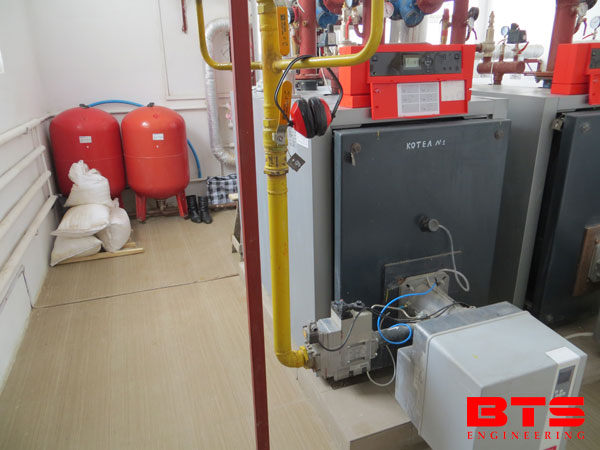 the front of boiler 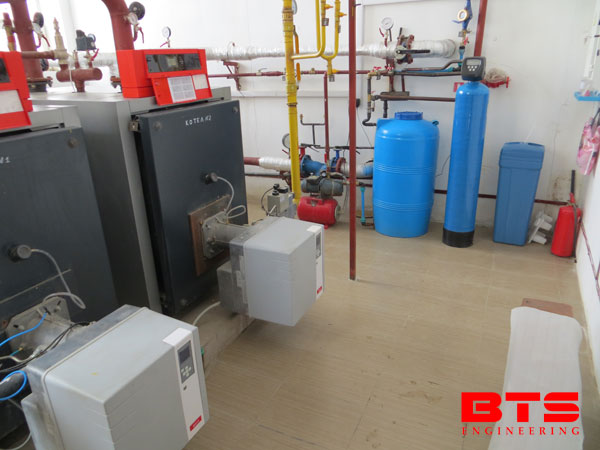 the front of boiler and auto-recharge 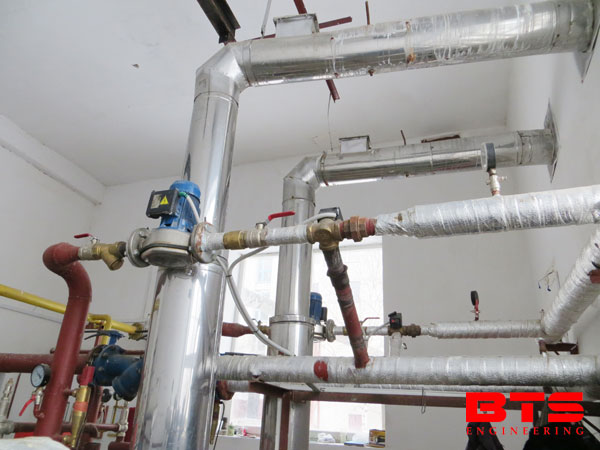 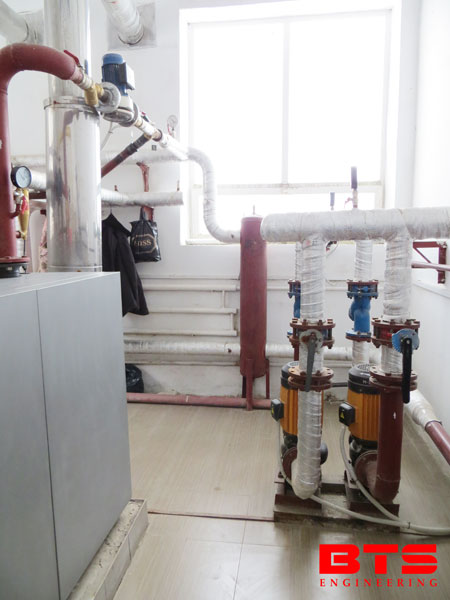 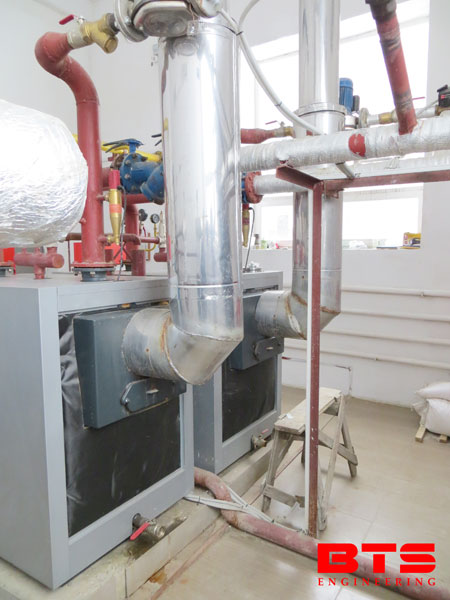 rear of boilers and chimneys

It remains only to carry out routine adjustment of boilers and boiler room.
The customer and residents of residential buildings are satisfied.